The Nagoya Festival, which takes place annually in mid-October, is one of the greatest autumn festivals in Nagoya. The entire city is filled with a festive air, celebrating its past, present, and future.

If you love Japanese festivals and want to experience the vibrant energy and a mix of entertainment, culture, and history, this event cannot be missed.

How Did the Nagoya Festival Come to Be?

The Nagoya Festival began in 1955 under the name Nagoya Trade and Industry Festival. It was created by the government of Aichi Prefecture, the City of Nagoya, and the Nagoya Chamber of Commerce to promote the economy and commerce of the city.

But the citizens of Nagoya also wanted a festival that could culturally entertain and educate citizens. Thus began the Nagoya Festival.

Highlights of the Nagoya Festival Parade!

The Nagoya Festival is first and foremost a colorful parade with more than 700 participants extending around 2 km in length. It starts at Nagoya Station and follows a route toward Nagoya City Hall and from there down to Sakae until its goal at Yabacho.

Here are some of the highlights of this parade.

Designated Cultural Property of Nagoya, Dashi Floats are the first act of the festival. Nine floats adorned with their best finery make their appearance in the vicinity of Nagoya City Hall.

Each of these floats has Karakuri Ningyo, mechanical puppets, mounted on the top, which perform reenactments of myths and legends, often playing one scene from a larger play.

Don’t worry even if you don’t know what is going on it is fun to watch the incredible craftsmanship and ingenuity of the puppet makers at play. A craft with a history of around 1400 years.

Learn about the local food during a Food Tour in Nagoya ↓

The Kagura Zoroe are portable altars found only in the region around Nagoya. They are designated Cultural Assets. These smaller altars decorated with gold leaf, make their appearance along with the Dashi Floats.

After the more traditional parades showcasing the Festival Floats and Kagura Zoroe it’s time for a wide variety of different parades.

Representatives of the sister cities of Nagoya (Los Angeles, Mexico City, Nanjing, Sydney, Turin, and Reims) are in attendance and join the parade.

Nana-chan, the gigantic mannequin usually standing outside Meitetsu Department Store at Nagoya Station, is paraded through the whole city.

Each year there are different sports and cultural groups, showing off their varied skills so it will never be boring to attend the Nagoya Festival.

Another highlight of the Nagoya Festival is the appearance of Three Great Feudal Lords, the unifiers of Japan, and important historical figures with an important connection to Nagoya and the region: Oda Nobunaga (1534-1582) Lord of Owari, Toyotomi Hideyoshi (1537-1598) Lord of Owari Nakamura, and Tokugawa Ieyasu (1542-1616 ) Lord of Okazaki.

Along with the appearance of each feudal lord important historical battles are reproduced from the Sengoku Period also commonly known as the Warring States Period.

The feudal lords would be nothing without their wives and so Nohime (Nobunaga’s wife), Nene (Hideyoshi’s wife), and Senhime (Ieyasu’s wife) accompanied by their entourage of servants follow their husbands.

Don’t Miss the Other Events During the Nagoya Festival!

During the Nagoya Festival, traditional martial arts performances such as Kyudo, Japanese traditional archery, and Kendo are held in different locations around the city.

The Kobudo Tournament is held during the Nagoya Festival, with the participation of various martial arts schools of Aichi and Gifu. Kobudo, is a collective term for Japanese traditional techniques for the use of armor, blades, firearms, and techniques related to combat and horse riding.

In Oasis 21 there are exhibitions and sales of handicrafts from the Aichi region such as Arimatsu tie-dyed fabrics, items crafted from wood, and Washi, Japanese paper.

Hisaya Odori Park, running along the center of the city, becomes the stage for idol groups, live music performances, comedy shows, and much more.

After parading through the city the three great feudal lords along with their wives make an appearance in the Osu district. This is a great opportunity to see the beautiful costumes up close.

While in Osu join a Street Food Walking Tour ↓

Many of the popular attractions and museums in Nagoya will be free to enter during the two days the Nagoya Festival is held.

Be aware that these places will be more crowded than usual as Japanese people love free things (who doesn’t).

Will the Nagoya Festival Be Held in 2022?

We are happy to announce that the Nagoya Festival will be held again this year on October 15th and 16th after a 2-year pause. However, there will still be some restrictions and cancelations of events this year.

Parades where crowds cannot be avoided and the participation of children below elementary school age are canceled. Unfortunately, that includes the Dashi Float Parade, and Children’s Mikoshi Parade as well as any other parades where young children usually participate.

This year’s parades will only be a continuous march without stops and performances along the way, at the Sasashima intersection, in front of the city hall, and at the Sakae intersection.

For the latest information please visit the official website.

If you want to find out about other autumn festivals read this post next:
Autumn Leaves and Autumn Festivals in Nagoya and Aichi

If you have been to any past Nagoya Festival, please share your experience and tag us on social media with #nagoyaisnotboring 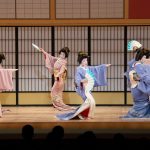 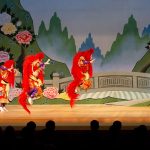 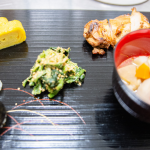 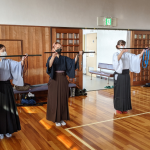