Cosplay — the art of dressing up as characters from anime, manga, video games, TV shows, or any other media — has become a global phenomenon over the years.

Once dressed in their Cosplay, Cosplayers can attend conventions to take photos, enter competitions, or perform theatrical routines. They can also gather with other Cosplayers while walking down the typical Japanese streets. The World Cosplay Summit is a perfect occasion to do all of this at the same time in Nagoya!

Being a Cosplayer requires money, time, and skills. Many Cosplayers spend hours designing and creating their costumes. Some will buy a premade Cosplay outfit online. This needs accurate research about the seller’s credibility as well as the quality of the costume they’re selling.

Those making their Cosplay outfit from scratch will most likely spend anywhere from hours to months (or even years) researching, drafting, and sewing the actual costume and creating the props.

Why has Cosplay become so popular?
One of the reasons why Cosplay is so popular is that Cosplayers are looking for a means to escape from everyday life. Dressing up as anime, manga, or video games characters enables them to express themselves more freely.
Let us know in the comments what it is that you love about Cosplay.

From the United States to Europe and Asia, Cosplay conventions and events are held worldwide.

The World Cosplay Summit, also known as WCS, is one of the biggest Cosplay events in Japan. It is actually the largest Cosplay festival in the world. Every year the best Cosplayers from more than 40 countries gather in Nagoya to compete for the title of Best Cosplay Performance Team in the World.

During this 9-day event, not only Aichi* but also other prefectures of Japan such as Mie and Tokyo become places where creativity and art converge to praise Japanese anime, manga, and video games culture.
*Nagoya is located in the western part of the Aichi prefecture.

2021: The First-Ever Hybrid Edition of the World Cosplay Summit (WCS)

Although last year (2020) the World Cosplay Summit took place entirely online, this year allows for some physical events to take place as well. It goes without saying that everyone will adhere to measurements against the spread of COVID-19.

Located in the heart of Nagoya, you will find the main venue of the World Cosplay Summit: Oasis 21. It has become a famous photo spot for Cosplayers and looks stunning, during both day and night (with illumination!). This year, photo shootings and stage events will take place right here.

Another and brand new venue since this year, located only 10 minutes by foot from Oasis 21 is the RAYARD Hisaya-odori Park.

The World Cosplay Championship will still partially take place online. During this competition, the Best Cosplay Performance Team in the World of that year is decided. Previously, the finalists would go through regional and national preliminary rounds before participating in the actual finals in Nagoya to represent their country. These preliminary rounds used to take place at other big Cosplay events such as Anime Expo (USA) and Manga Barcelona (Spain).

Just like last year, you can join the entire event from anywhere in the world by watching the live stream. Join from the comfort of your home on YouTube, Twitch, Niconico, Lopico, or Facebook Live (Day 1 on August 7. and Day 2 on August 8.).

Are you also eager to see what the World Cosplay Summit will be like this year? Check out the trailer below:

In addition to the World Cosplay Summit, you can join even more Cosplay, manga and anime related events during the Aichi Pop Culture Festival. Explore the Pop Culture scenery that Aichi has to offer by participating in a Stamp Rally and admiring amateurs’ art works at the Exhibition. Experience what it is like to be a Mangaka (Manga Artist) or Voice Actor. at the MIRAI Tower. This festival will also take place at several locations, including Oasis 21 and the Hisaya-odori Park.

The first World Cosplay Summit was held in October 2003. It was a small event with only five Cosplayers from Germany, France, and Italy. The event consisted of a panel discussion, a photo session, and a mixer event with Cosplayers from Japan.

In 2004, the USA joined as well and eight Cosplayers met up for the first time in Nagoya. This year’s edition still consisted of a mixer event and also included its first Cosplay parade through the famous commercial district of Osu (Nagoya) with around 100 participants.

The first World Cosplay Championship was held this year (2005) in the Expo Dome at the World Expo. 40 participants from seven different countries competed over the title of Grand Champion. Italy was the first country ever to receive it.

With the support of the Ministry of Foreign Affairs of Japan (MOFA) and the Ministry of Land, Infrastructure, Transport, and Tourism (MLIT) becoming official sponsors of the event in 2006, the World Cosplay Summit grew even bigger. This year’s championship was moved to Oasis 21.

The first preliminary rounds were held in 2007 in 12 different countries. Every year the contest gained more popularity. In 2012, 20 countries competed in the finals. That same year the Ministry of Economy, Trade, and Industry (METI) also became an official sponsor of the World Coplay Summit.

In 2014, around 200,000 spectators attended the World Coplay Summit, and in 2016, the number of competitors increased to 30 countries.  2017 was the year Nagoya was officially declared “The headquarters of Cosplay.”

New Venues and Regulations During the WCS 2019

This new venue witnessed qualifiers from 40 different countries and regions taking part in a series of shows and parades as well as an international preliminary round heading to Nagoya to compete for the World Cosplay Championship title.

Once the representatives of each country arrived in Nagoya, they participated in different events. These included the Meiji Mura Cosplay, Osu Parade, parties and photo sessions at the Wedding Hall Bleu Leman, and Central Park Underground Parade.

The eighth day of the 2019 edition comprised of the semifinals and a unique Cosplay contest called One Piece Grand Prix, based on the popular manga and anime “One Piece.” This contest was a special one-time event to celebrate its TV anime 20th anniversary.

Looking Back at the 2019 Edition of the WCS

On the last day, the Championship was held to determine the world’s best Cosplayers. This day was, without doubt, the culmination of a hard-fought 9 days competition, where the high-skilled Cosplayers competed for first place.

Besides the desired title of best Cosplayer Team in the world, there are some aditional awards as well. The AirAsia Award went to the Chinese Team performing the action-adventure video game “Sekiro: Shadows Die Twice”. Team Chile (@worldcosplaysummitCL) won the Futaba Award performing the role-playing video game “Chrono Trigger”. The American Team was (also) awarded with the Bioré Award, and the German Team (@wcsgermany) claimed the Brother Award performing the animation film “Nausicaä of the Valley of the Wind.”

However, while the physical event was canceled, the organizers announced an online event happening instead, a so-called “Stay Home Edition.” It took place on August 1st and 2nd, 2020, and was streamed worldwide.

This post has last been updated in July 2021.
Although we strive to provide you with the most accurate and up-to-date information possible, please note that changes may occur nonetheless. Therefore, we recommend you confirm any relevant information such as event cancelations or changes, opening hours, or possible restrictions using a direct source. Please keep in mind that these sources might be in Japanese only.

Which country do you think will become the winners of WCS 2021? What do you think about this year’s hybrid edition? We are looking forward to hearing from you in the comments!

If you went to see or participated in any past edition of the WCS, please share your memories and tag us on social media with #nagoyaisnotboring

Check out our other posts about Nagoya, and trust us if we say Nagoya is not boring! Discover more summer events taking place in Nagoya here. 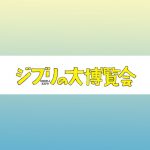 Discover Studio Ghibli in Nagoya at the Ghibli Expo
September 15, 2021 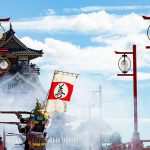 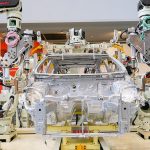 From Textiles to Cars at the Toyota Museum in Nagoya
September 2, 2021 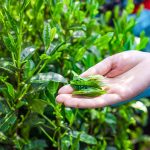 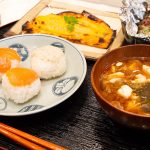 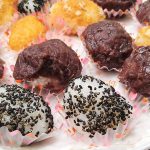