Cosplay — the art of dressing up as characters from anime, manga, video games, TV shows or any other media — has become a global phenomenon over the years.

Once dressed in their cosplay, cosplayers may attend conventions, take photos, enter competitions, perform theatrical routines or simply gather with other cosplayers while walking down the street.

Being a cosplayer requires money, time and skill, and many cosplayers spend hours designing and creating their costumes.
Some will buy a premade cosplay outfit online. This needs accurate research about the seller’s credibility as well as the quality of the costume they’re selling.

Those making a cosplay from scratch will most likely spend anywhere from hours to months (or even years) researching, drafting, and sewing the actual costume and creating the props.

Why has Cosplay become so popular?
Probably one of the reasons why Cosplay is so popular is that the cosplayers themself are looking for a means to escape from everyday life.
Dressing up as anime, manga or video games characters enables them to express themselves.

From the United States to Europe and Asia, cosplay conventions and events are widely held around the world.

During this 9-day event, not only Nagoya, but also Aichi Prefecture and other regions of Japan such as Mie and Tokyo, become places where creativity and art converge to praise Japanese anime, manga and video games culture.

The first World Cosplay Summit was held in October 2003, it was a small event where several cosplayers from different countries (Germany, France and Italy) were invited. This first event consisted of a talk and photo session and several other small events.

In 2005, the World Cosplay Summit included in its program the first cosplay parade through the famous commercial district of Osu (Nagoya).

With the World Expo of 2005 also held in Aichi Prefecture, the World Cosplay Summit changed its course and became what it is today.
Stepping from being a mere costume event to becoming an international cosplay contest, with regional preliminaries in each respective country and a championship held in Nagoya.

Because the World Cosplay Summit coincided with the World Expo in Aichi that year, the event was sponsored by the Japan Exhibition Association.

With the help of the Ministry of Foreign Affairs of Japan (MOFA) and the Ministry of Land, Infrastructure, Transport and Tourism (MLIT) that became the official sponsors of the event in 2006, the event grew even bigger.

Every year the contest has gained more popularity. It went from 12 countries in 2008 to 20 countries in 2012 competing in the finals. That same year the Ministry of Economy, Trade and Industry (METI) also became an official sponsor of the event.

In 2014, around 200,000 spectators attended the WCS and in.2016 the number of competitors increased to 30 countries.  2017 was the year Nagoya was officially declared “The headquarters of cosplay”.

New Venues and Regulations During the WCS 2019

This new venue witnessed qualifiers from 40 different countries and regions taking part in a series of shows and parades as well as the first preliminary round before heading to Nagoya to compete for the World Cosplay Championship title.

In the 2018 edition of the WCS there were a total of 36 countries and regions. New countries joining included Bulgaria, Costa Rica and South Africa.
The 2019 edition continued growing with the participation of even more countries and regions like Austria, Israel, Saudi Arabia, and Trinidad and Tobago.

Once in Nagoya, the representatives of each country and region participated in different events such as Meiji Mura Cosplay, Party and Photo Session at the Wedding Hall Bleu Leman, Central Park Underground Parade, and Osu Parade.

The eighth day of the event comprised of the semifinals and the new cosplay contest called One Piece Grand Prix, based on the popular manga/anime “One Piece”.

And then the last day the Championship was held. This day was, without doubt, the culmination of a hard-fought 9 days competition, where the high-skilled cosplayers competed for the first place.

The World Cosplay Summit was supposed to start in Nagoya, Japan this July 25 and continue until August 2, 2020. Unfortunately, due to COVID-19, the event’s organizers have announced that they’re cancelling this year’s World Cosplay Summit. They even published an official statement of the cancellation online.

But while the physical event is cancelled, the organizers have instead announced an online event happening instead, a “Stay Home Edition”. It’s scheduled to take place on August 1st and 2nd, 2020, and it will be streamed worldwide. We expect them to announce more details on the streaming schedule on July 1st.

Don’t miss a single thing about the World Cosplay Summit 2020.
Nagoya is not boring will announce updates on social media.

Find out more about Nagoya in this article:
7 Best Things to Do in Nagoya

If you went to see or participated in any past edition of the WCS, tag us on social media with #nagoyaisnotboring 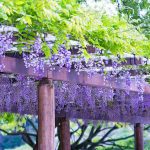 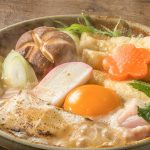 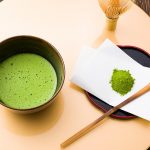 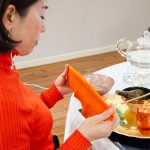 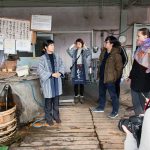 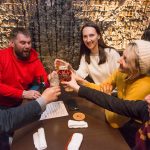